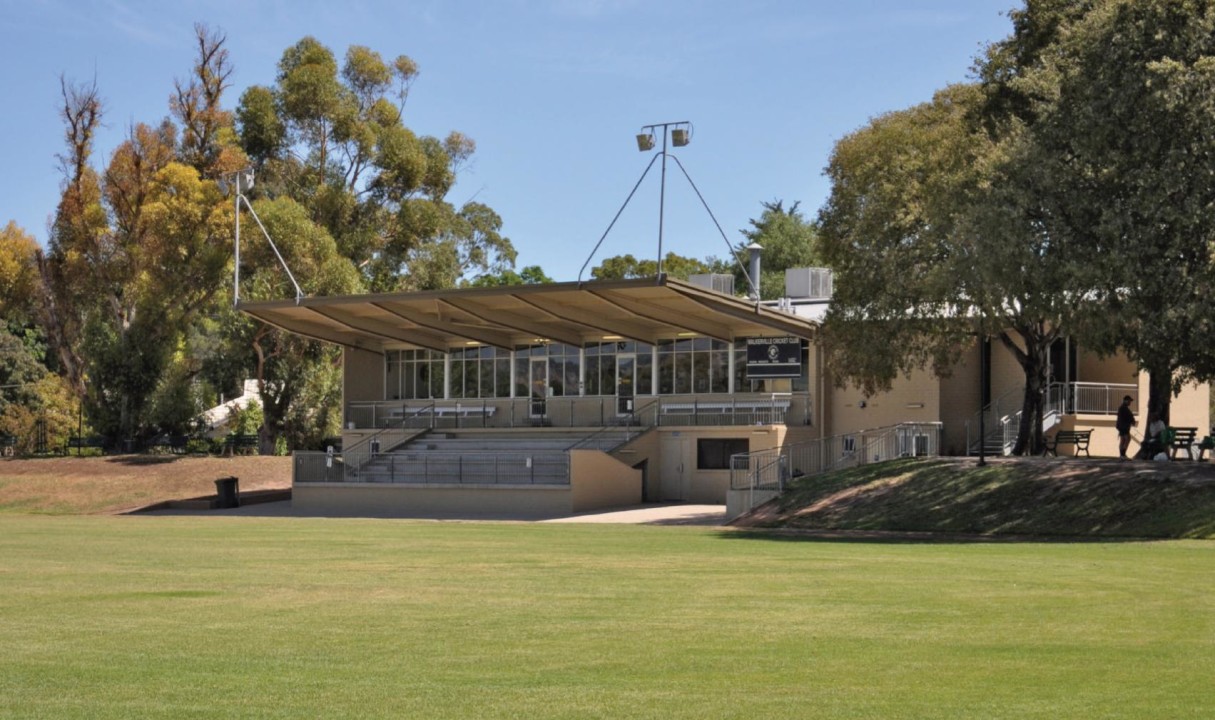 The Walkerville Football Club was officially founded in 1901 wearing red and white colours and playing in the parklands opposite the Buckingham Arms Hotel. In 1911, after recruiting many players from the ailing Walkerville Methodist Club, the club moved to its current location known then as “Pockers Paddock” where they used an old horse tram for changing rooms. Known then as Walkerville United, in 1912 they went through the season undefeated and challenged SANFL premiers West Adelaide to a game which was never played.

In 1921 the club helped establish the North Adelaide District Association where it won 3 of the first 5 premierships (and a few more) before joining the South Australian Amateur Football League in 1936. Walkerville won the Division 2 flag in 1936 vs Eastwood with coach Bill Knuckey dominating at Centre Half Back and star forward Sid Maley kicking a record 155 goals in the season, including 26 in one game.

After another Division 2 flag in 1940, the club won it’s first Division 1 premiership in 1950 vs Exeter by 3 points with rover and future North Adelaide secretary Ross Young staring along with Fred Trickett and Norm Ferguson. A second Div 1 flag followed in 1953 after minor premiers University lost their first semi final against Exeter and had the right to challenge Walkerville who had beaten Exeter in the initial Grand Final. The Challenge Grand Final played at Alberton Oval was won by 8 points with centreman Ron Saul, half forward Claude Jarratt and ruckman Bill Perkins leading the way. In 1955 the club changed from a chocolate and blue guernsey (original state colours) to royal blue and white hoops with premiership success occurring again with a Division 5 flag in 1966 prior to new clubrooms being built in 1969. In 1978 the Cats played at Park 11 due to maintenance to the Smith Street oval and amalgamated with North Adelaide Reserves (ex Thompsons FC) winning a Division 3 flag along with an Under 18’s premiership in 1979.

In 1980 the club moved to the South Australia Football Association for a decade before returning to the SAAFL in 1990 to begin a very successful decade with three A Grade premierships in 1990 (Div 6), 1992 (Div 4) and 1999 (Div 3) along with 6 Reserves flags and a C Grade premiership. before eventually changing to it’s current blue and white hoops in 1998/99. Since then the club has won a further two A Grade premierships in Division 3 in 2003 and 2009.